The Indian government had an initial target of 20 GW capacity for 2022, which was achieved four years ahead of schedule. In 2015 the target was raised to 100 GW of solar capacity (including 40 GW from rooftop solar) by 2022. The ambitious target has brought along with it the need to review the existing energy policies in order to satisfy all the stakeholders like prosumers, DISCOMs, energy regulators and the Government itself.

The grid tie system will be more viable than off-grid (stand-alone or battery) systems, based on ROI (Return on Investment) calculation. Nevertheless, both have its own advantages and limitations under various scenarios.

The grid-tie systems are growing big, because of the NET METERING scheme initiated by the governments. The cost of installation and production has also decreased compared to the other means of generation. Having said that, the DISCOMs are not very happy with the current scheme, as they are losing out on their bankable industrial and commercial customers. To match their past revenue generation and equate their costs of electricity production, the other stakeholders involved have considered GROSS METERING methodology to keep up the expectations of both the consumers and DISCOMs.

Net-metering is a concept wherein the solar power generated at a site, is first consumed by the load demand at the site and the excess solar power (if any) is then exported to the grid.

How does Net Metering Work?

The difference of 40 units is exported to the grid. Here, the exported power is more than the power imported from the grid, this excess 40 units is carried over to the next billing cycle.

A bi-directional meter is used to record both energy import (from the grid to consumer) and energy export (from the consumer to the grid).

This meter does not record the total power generated by solar, but just the excess power exported to and imported from the grid. At the end of one annual cycle, if the exported power is more than the imported power, the DISCOM pays the customer based on the agreed tariff. The import and export tariff is same.

In this scenario, the site power demand is fully satisfied by the grid and the solar power generated is completely exported to the grid.

Two separate meters will be installed,one is to measure the power imported from the grid and the other to measure the solar power exported to the grid.

The tariffs for both the import and export of power is determined by the utility company. Currently, the import retail tariff is much higher than the export feed-in tariff.

This is to support the DISCOMs as they are worried about the revenue lost in the net-metering scheme.

Most Indian states like Tamil Nadu, Maharashtra, Rajasthan and Uttar Pradesh are abruptly hinting to change to Gross metering by withdrawing Net meter benefit. These four states constitute nearly 45% of rooftop solar capacity in India and with such decisions, the upward slope of growth in rooftop solar might get affected.

In my opinion, the regulators are restricted by the financial troubles and it would be better to arrive at the tariff rates with best interests for everyone! 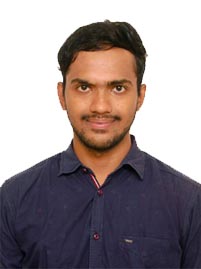